October foods in season and what to cook with them

October calls for comforting and hearty meals, like soups, stews and casseroles, to warm up on colder days and nights. We take a look at what produce is at its best this month and pick our favourite recipes to make.

With Halloween at the end of the month, it's time to eat (and carve) pumpkins. A wide variety of squashes, including butternut squash, are available too.

When it comes to greens, look out for broccoli, cabbage, kale, leeks and sprouts, while root vegetables such as swedes, parsnips, celeriac, carrots, potatoes and turnips are slowly starting to take centre stage. It's also a good time to buy and cook with aubergines, celery and beetroot. A lot of hardy herbs like thyme, rosemary and sage are also at their best in autumn, as well as chestnuts and hazelnuts.

Wild mushrooms and truffles are arguably at their peak at this time of year but, as ever, make sure you know what you're looking for if you're foraging. 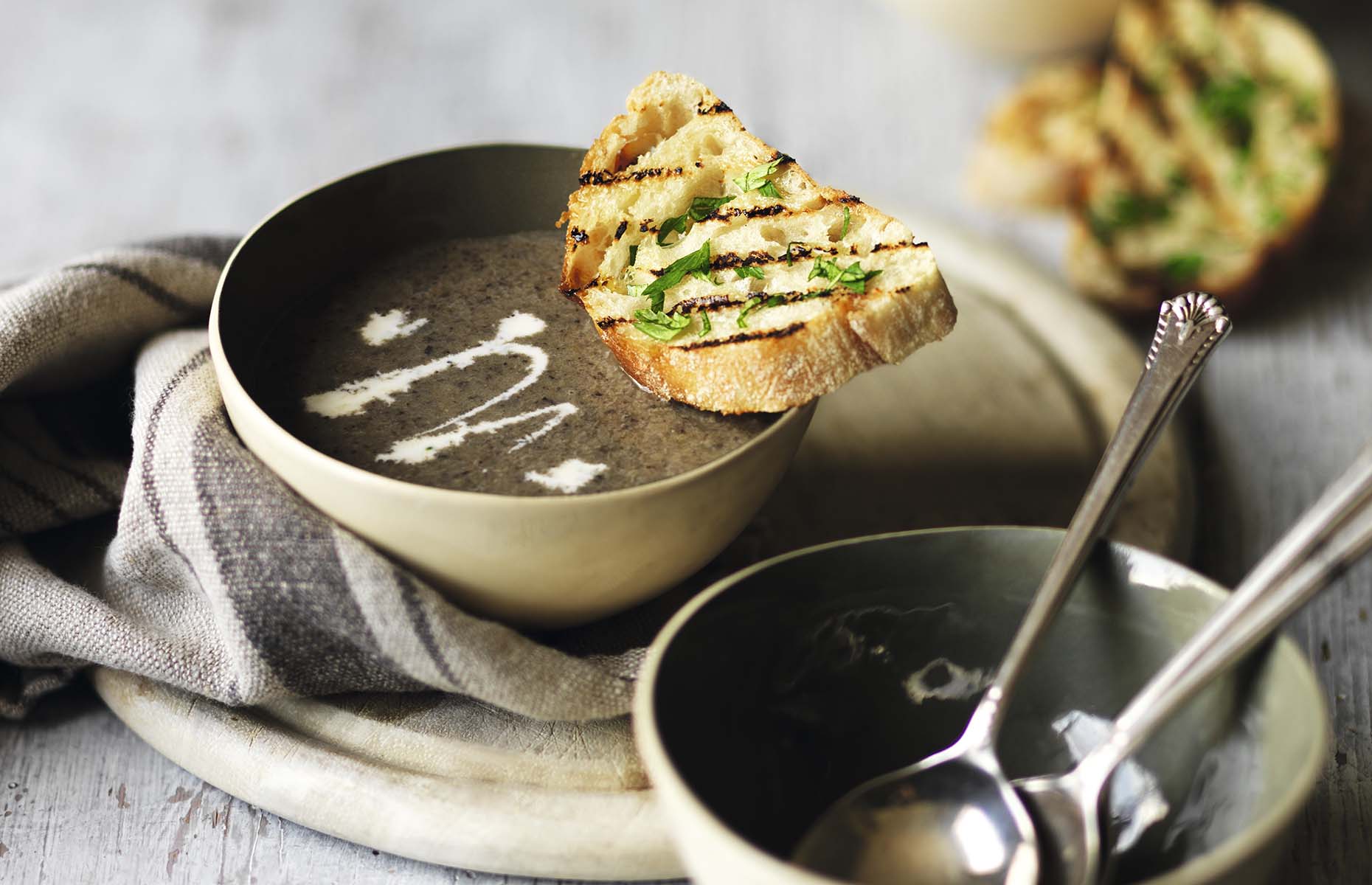 Game season continues into October so grouse, guinea fowl, pheasant and wood pigeon are all in plentiful supply, while venison is also starting to make an appearance. It's time for autumn lamb too, which has a beautiful depth of flavour, perfect for Sunday roasts. October's chillier days are extremely well-suited for cooking hearty meals with duck and goose. 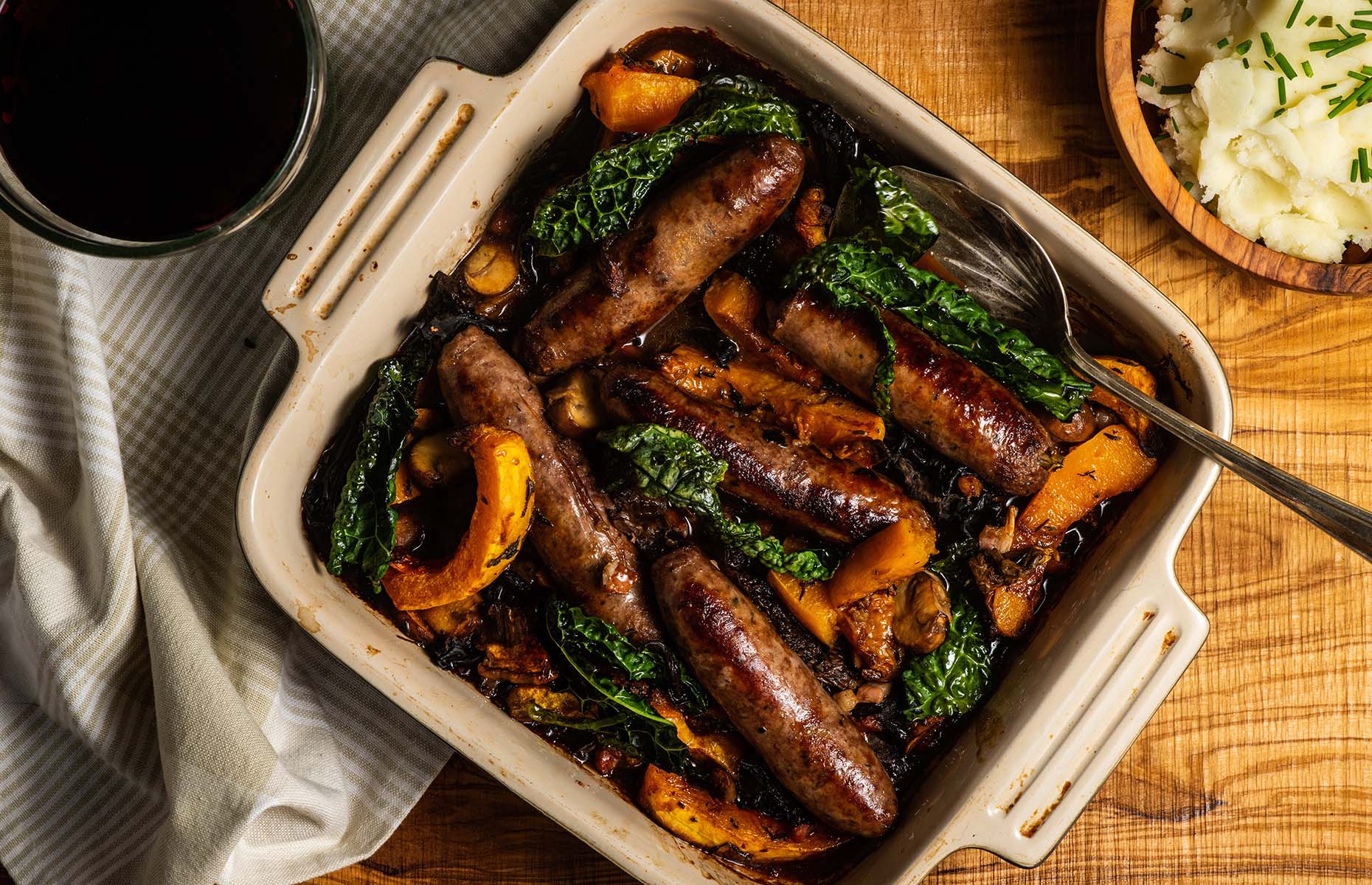 October sees the end of mackerel season. Catches of the month include cod, lemon sole, monkfish, plaice and red mullet. Shellfish-wise, go for crab and oysters. October also marks the return of mussels, which are now in season until late spring.

Mussels in beer with chilli jam

Roasted cod with a coriander crust 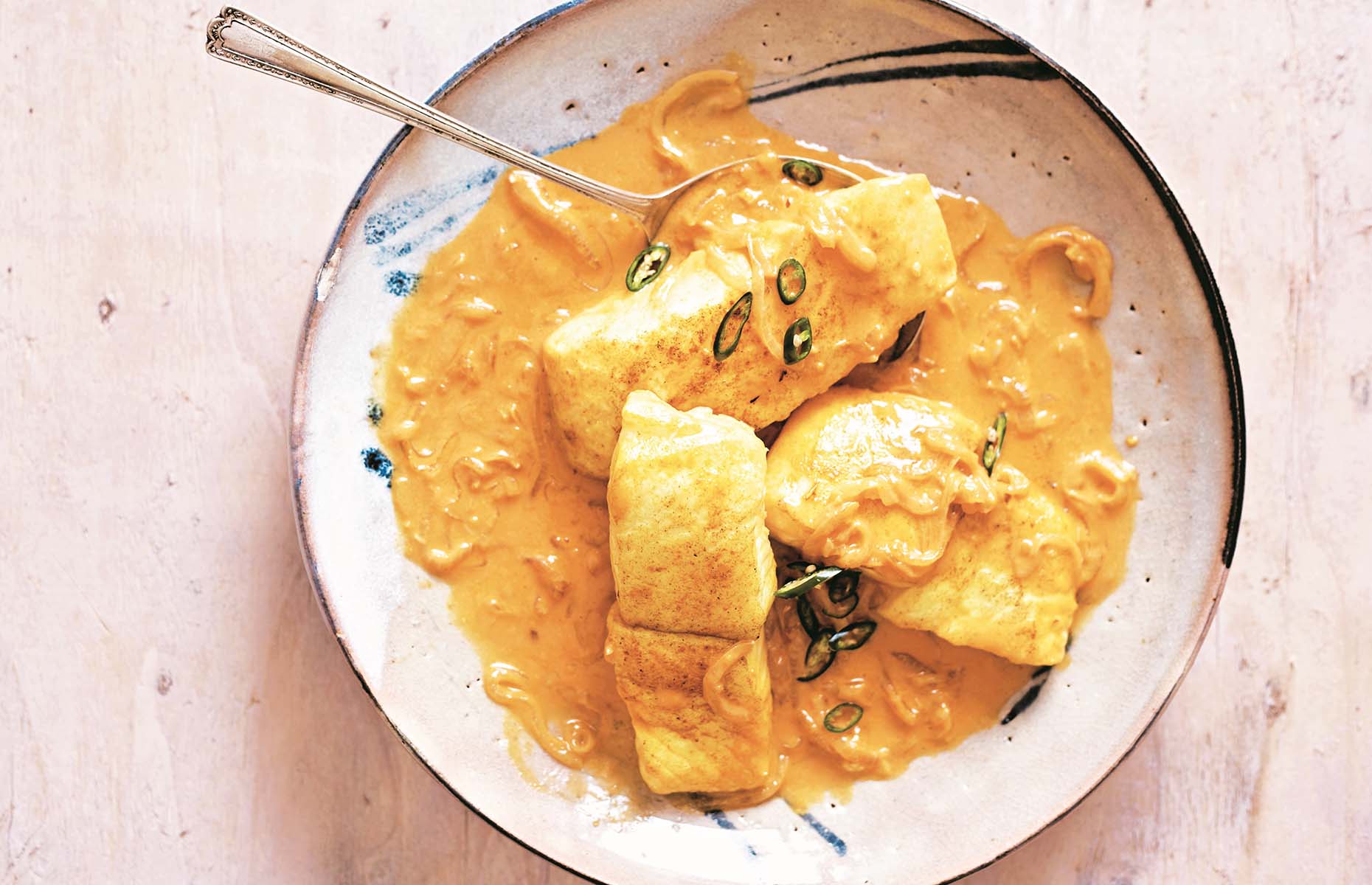 Apples, pears and quinces are at their best in October, and it's your last chance to use up the last of the blackberries, figs and plums. Cranberries start to appear on shelves towards the end of the month.

If you're out and about in the countryside, look for sloes in the hedgerows to use for sloe gin, jelly or syrup. 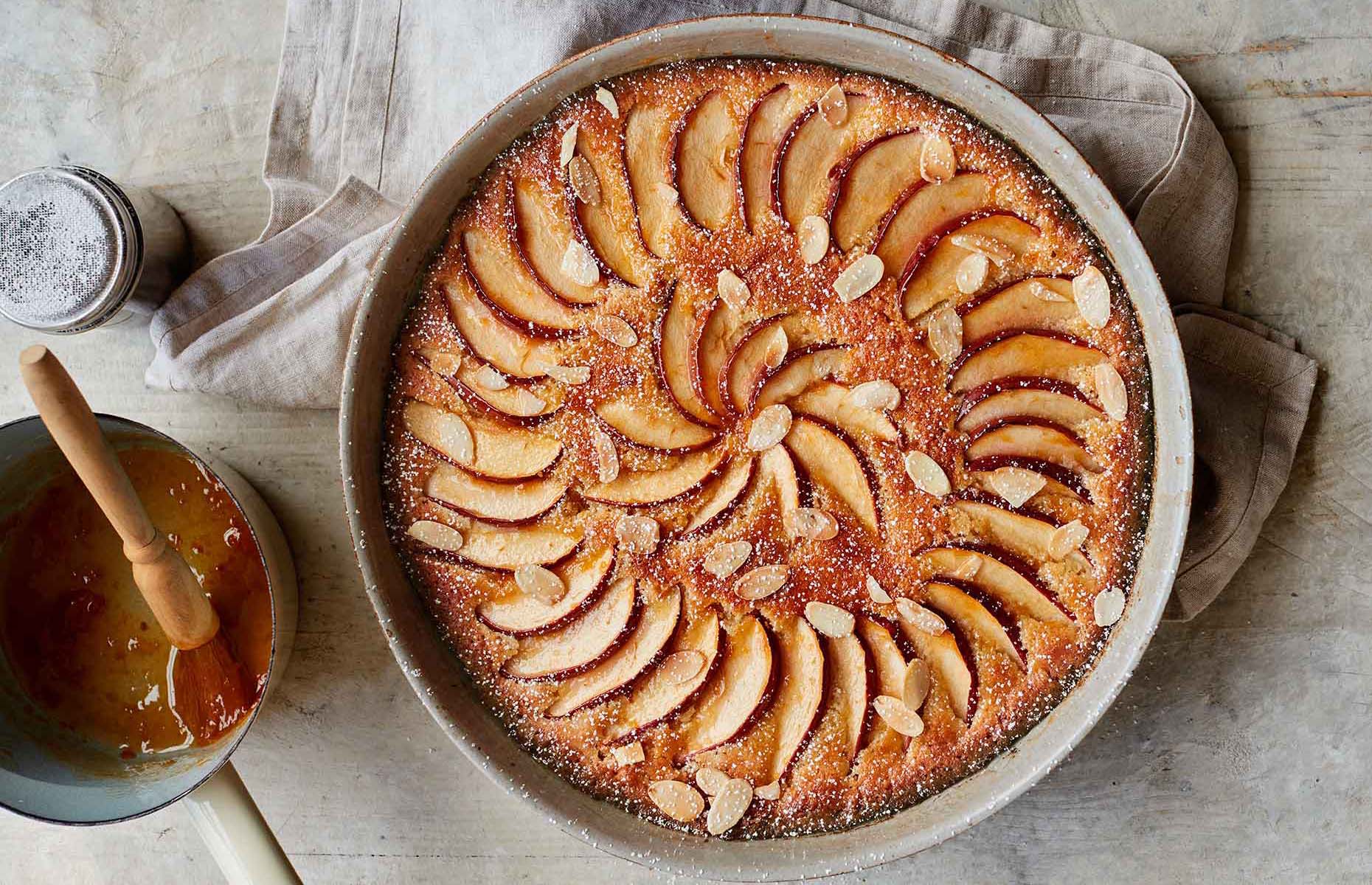