What is wasabi and how should you use it?

This Japanese plant packs a punch. Similar in taste to horseradish, the pale green root, called a rhizome, can be used fresh, grated, or in a powder or paste to add a fiery kick to dishes. But what exactly is wasabi and how do you use it?

Wasabi is part of the Brassicaceae family which includes flowering, mustard plants like horseradish and watercress. And it certainly lives up to its spicy traits. Typically, the pale green rhizome is grated or made into a paste but a little goes a long way. Just a tiny bit can add a seriously fiery kick to dishes or, as it’s commonly eaten, with sushi.

While the rhizome is usually used in cooking or for pastes, all parts of the plant are edible. The stems are very mild but the leaves and flowers have more of a peppery heat. In Japan, the leaves are often fried in tempura batter and the stems pickled. 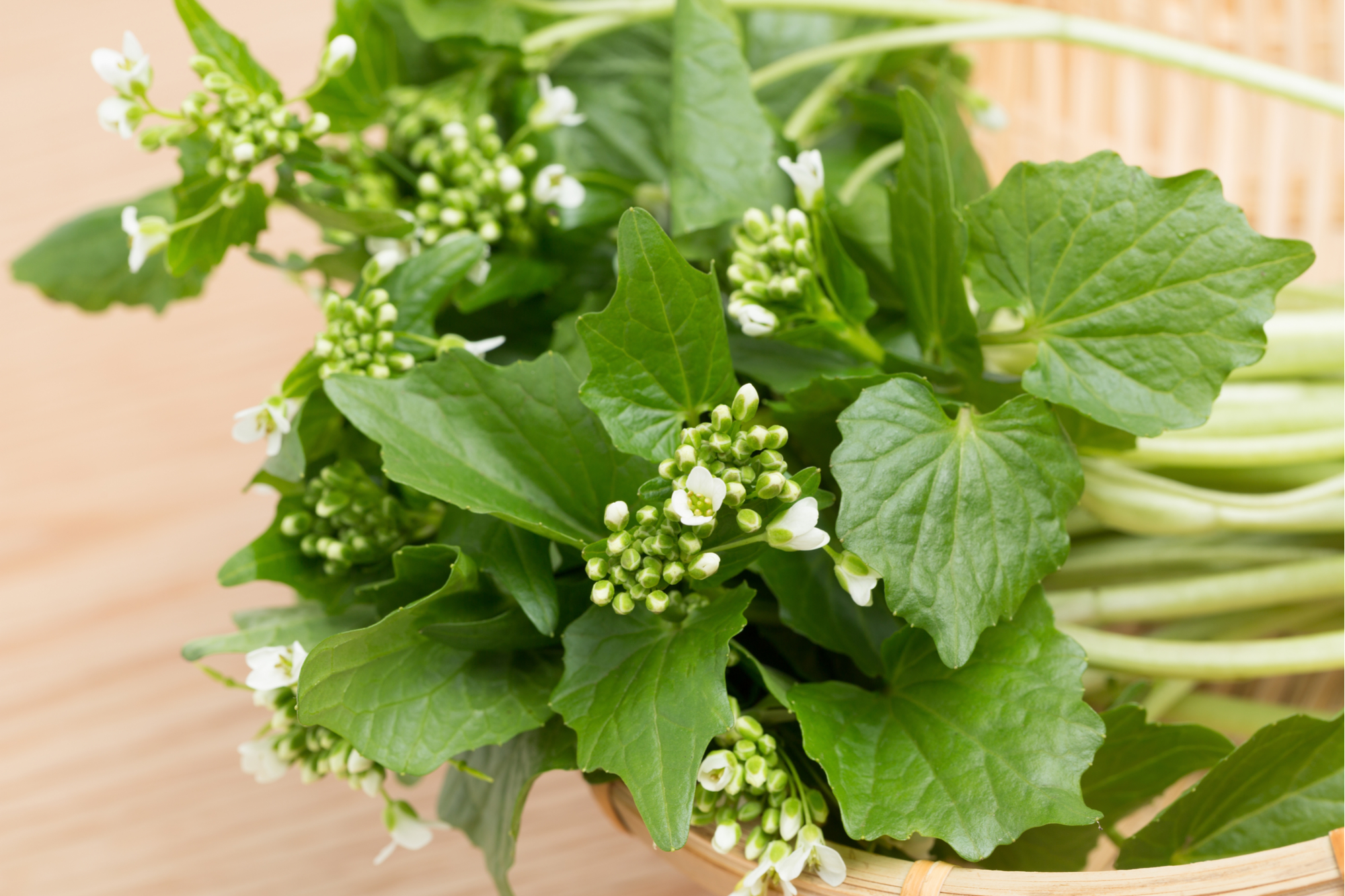 Beware, though, of imitations. Wasabi can be difficult and expensive to grow so often wasabi pastes and products contain little to no real wasabi. Horseradish, food colouring and mustards are mixed in to try and recreate the flavour and colour more cheaply. Read the ingredients list on the label of wasabi products to check whether you’ve got the real deal.

Where does wasabi originate from?

Wasabi is native to Japan where some archeological evidence suggests that people have been eating it as far back as 14,000BC. It’s traditionally grown at the foot of mountains, through running spring water at the optimum 10-15°C (50-59°F) temperature. The quality of water indicates the quality of the wasabi, which can take between 15 months and two years to fully grow. 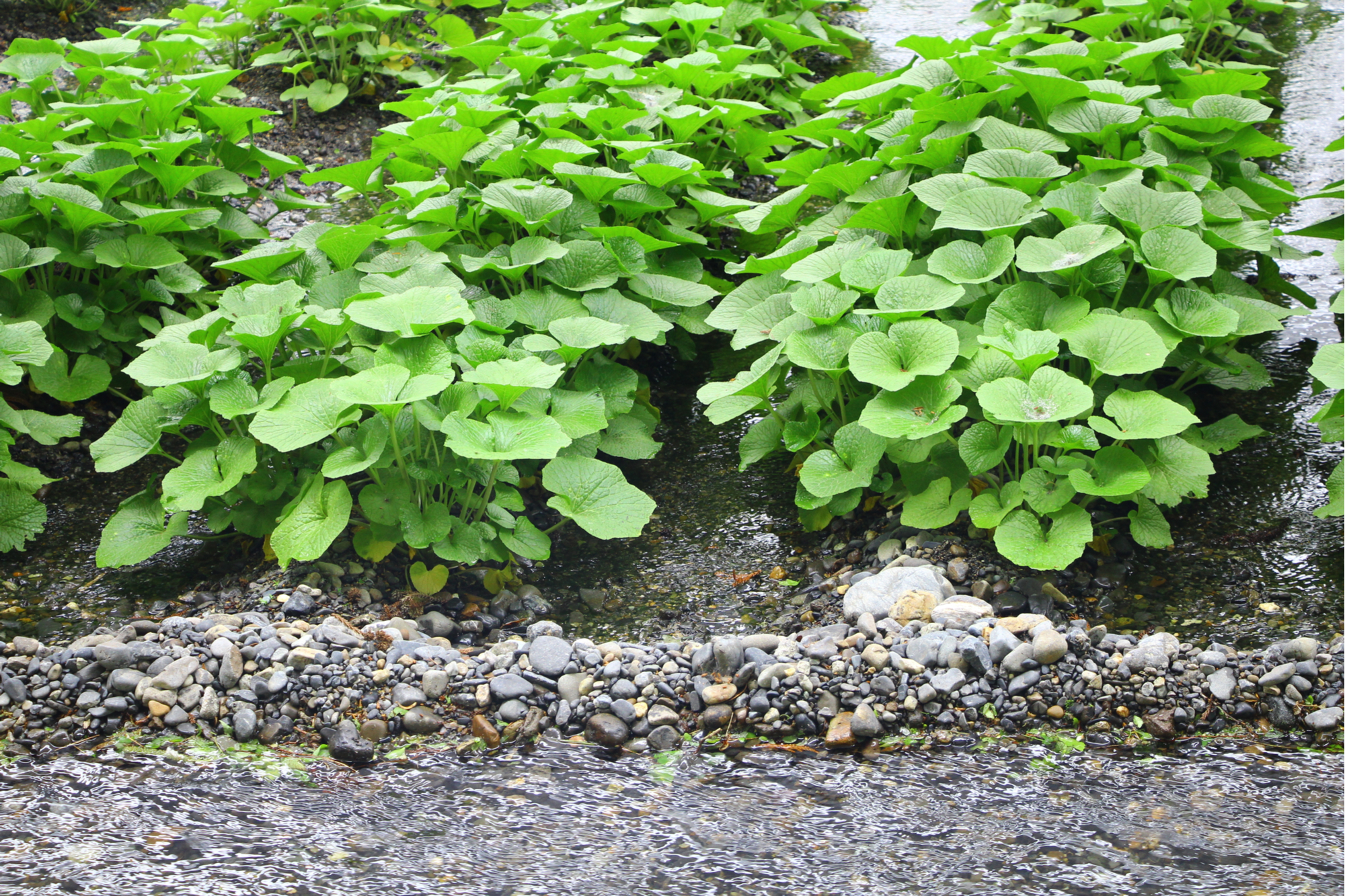 While Japan is still the biggest wasabi producer and consumer (around 1,300 tonnes is eaten each year), other countries now cultivate the plant, including Taiwan, Korea and even the UK.

Is wasabi good for you?

Studies claim that wasabi has anti-microbial and anti-bacterial properties similar to ginger and turmeric. Although research isn’t watertight, it was originally eaten in Japanese cuisine to counteract potential food poisoning from raw fish. One thing’s for sure, if you’ve got a cold a healthy dose will clear your sinuses right out.

Where can I buy wasabi?

You can find wasabi in paste form in most major supermarkets. But do check the label – most contain a mix of wasabi and horseradish. While it’ll still do the job in dishes and with sushi, nothing beats the taste of the pure stuff.

If you’re after a whole rhizome, your best best would be to head to Asian supermarkets. They’re also more likely to stock a wider selection of pastes. 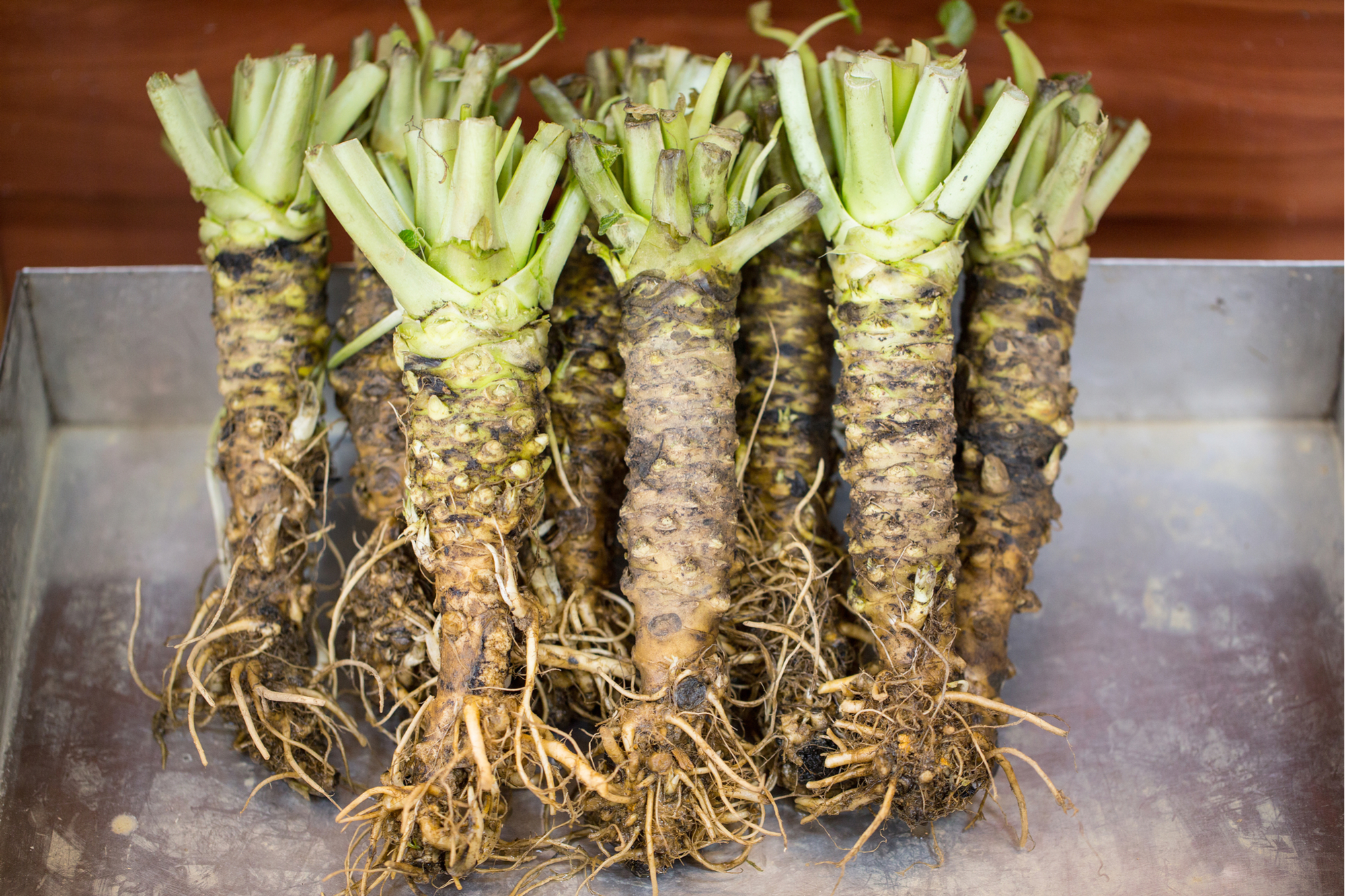 There’s also the brilliant The Wasabi Company, a Dorset-based farm which grows fresh wasabi and sells the rhizomes, leaves, flowers and powder online. They even produce their own wasabi-infused gin and vodka, plus accessories to grate wasabi properly.

What can I do with wasabi?

Most people will know wasabi as the green paste served with sushi but it’s so much more versatile than that.

You can use it to flavour butter, mayonnaise and hollandaise sauce, or in salad dressings and marinades for meat and fish (it pairs particularly well with steak and trout). You don’t need to stop at savoury options. Many artisan ice cream shops offer wasabi soft serve, with just the tiniest hint of the fiery plant. 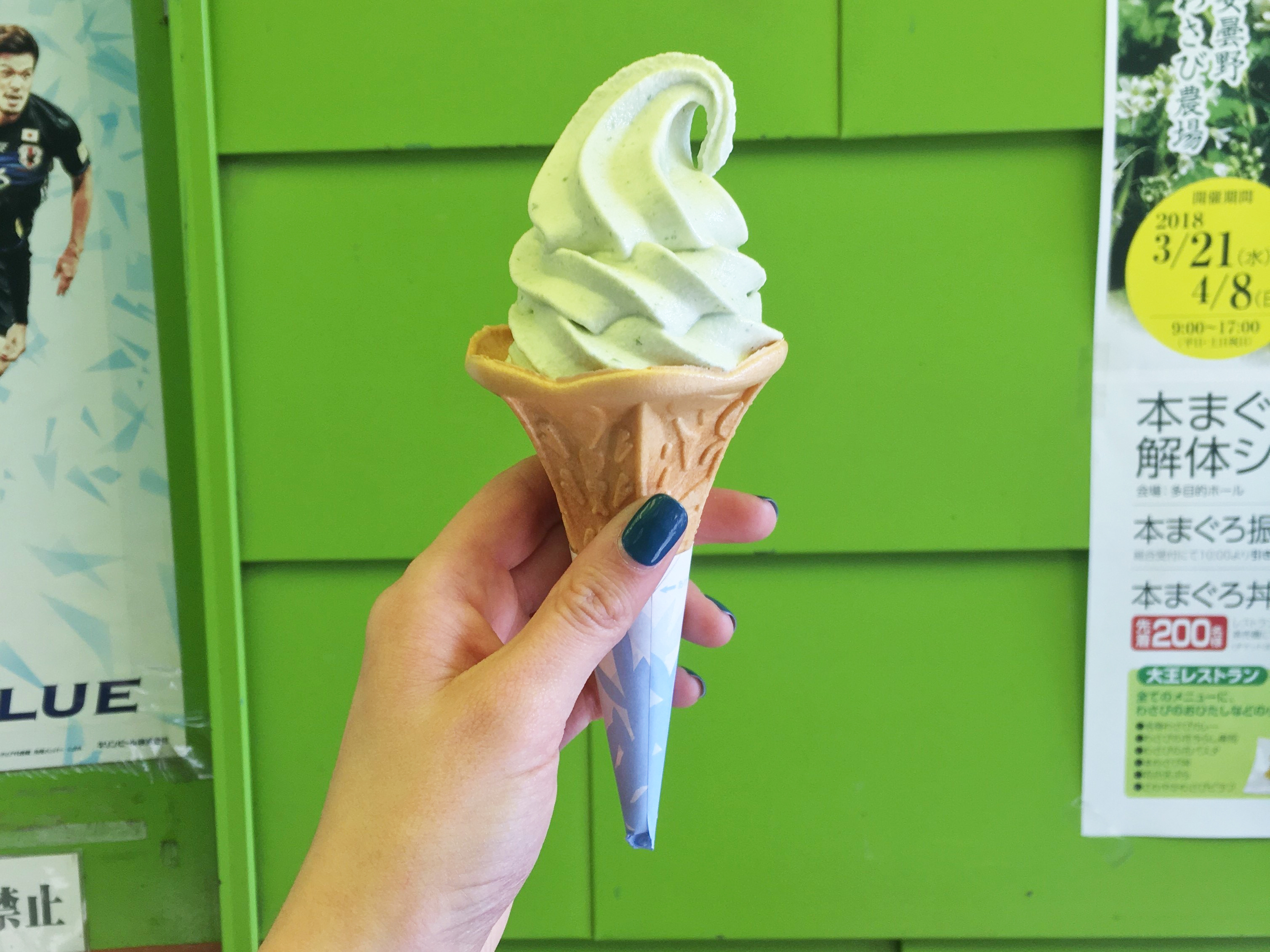 If you’re planning to buy a wasabi rhizome and make your own paste, invest in a plastic, mock shark skin grater. They’re an inexpensive and ethical version of the traditional Japanese samegawa grater, which helps release fresh wasabi’s pungency and create a super-smooth paste.

Don’t forget about the stems and leaves – all parts of the wasabi plant are edible. Pickle the stems and tempura the leaves. They’re also great stir-fried or sautéed.

Need some inspiration to get started? Try out these fantastic wasabi recipes: