There's nothing like Texas pride. When you consider the Lone Star State’s main attractions, you probably think barbecues, rodeos, longhorns, live music, the Alamo and NASA. How about Texas whiskey? While it’s yet to find its place cemented on the map, facing strong competition from other states, it’s not far behind and is catching up fast. We discover what makes Texas whiskey different from its American cousins, and why it deserves recognition.

What is Texas whiskey? 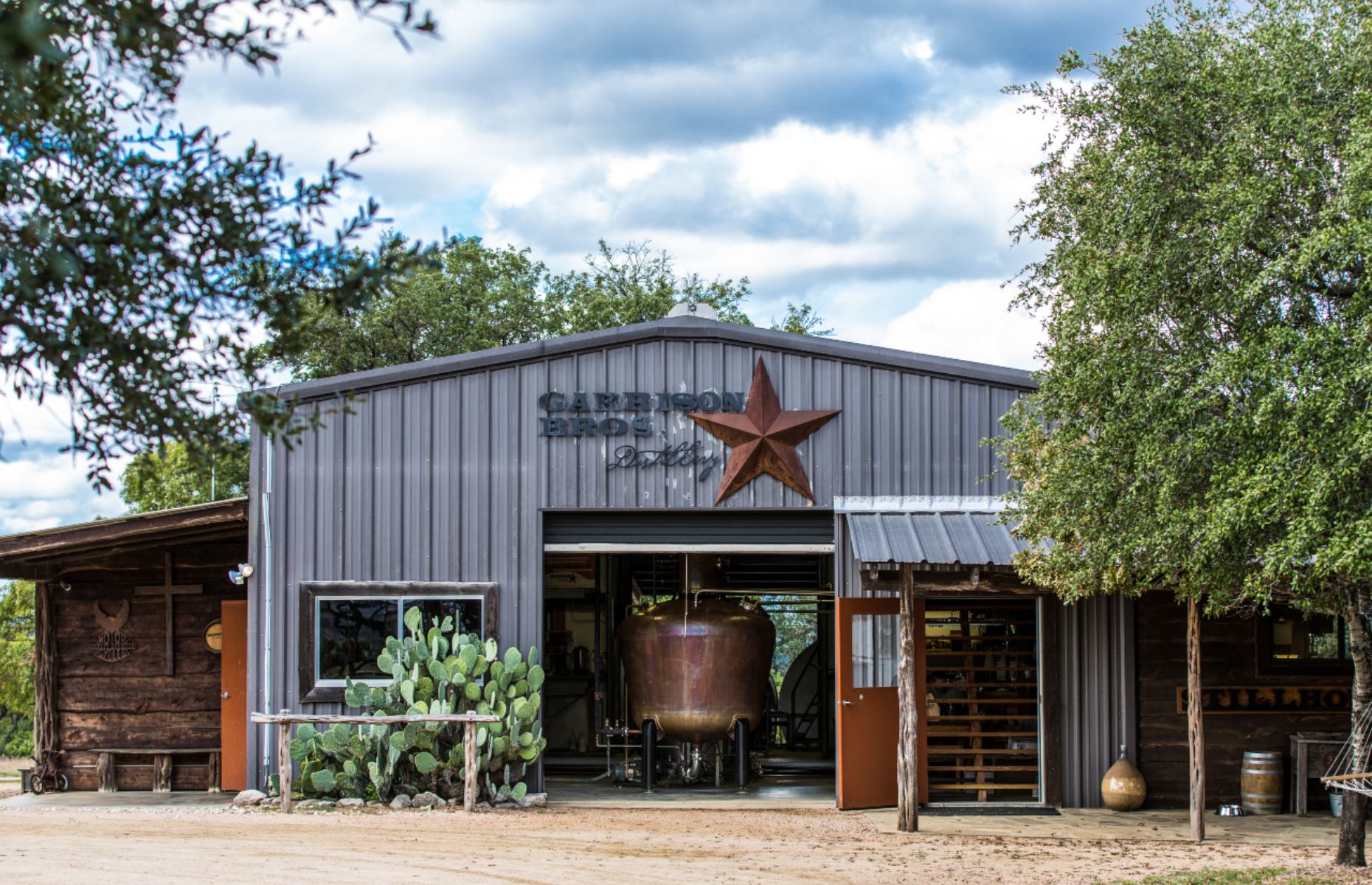 Texas whiskey is a grain-based spirit made and aged within the state of Texas. It’s particularly distinctive thanks to the state’s weather conditions. In contrast to other whiskey producing states that encounter seasonal shifts in weather, constant temperature swings in Texas can result in four seasons in one day. This has an impact on the casks – which the whiskey is aged in. They expand in the heat, resulting in rapid evaporation of the whiskey called the ‘angel’s share’ or ‘angel’s envy’, and contract in the cold. Such oscillating temperatures result in a variation of aromas and flavour profile, starting sweet on the nose but robust on the palate.

Each distillery across the panhandle has a unique recipe and differences in the production process, from the use of blue corn, to locally grown wheat, and the use of barley in the ever-growing American single malt category. However, due to the constantly changing weather and limestone filtered water, there are also conversations happening around the concept of how terroir affects whiskeys across the state. In recent years, Texas whiskey has developed a significant fan base with a dramatic rise in sales and production happening over the last decade.

It was back in 2009 that the first whiskey was distilled in Texas since Prohibition, with the Garrison Brothers (who made a bourbon that went on sale in 2010), and Balcones Distilling also granted a license later that year. In 2019, there were 17 producers of Texan whiskey, most are independent craft distillers (making under 2.8m litres/750,000 gallons a year), who joined together and formed the Texas Whiskey Association to help promote products as being unique to the state.

What style is Texas whiskey? 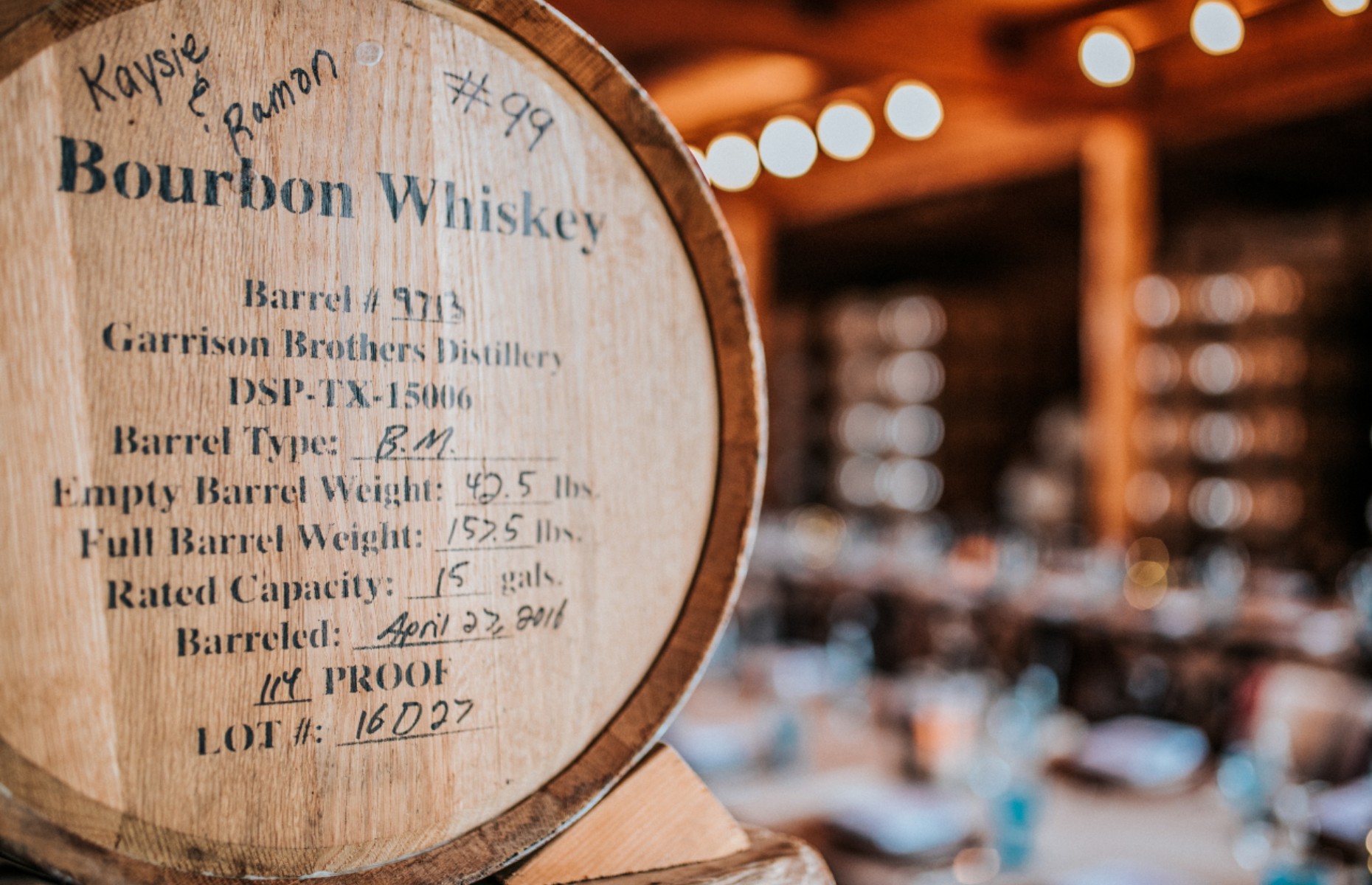 Bourbon is the whiskey most associated with the US. In America, for a whiskey to be classified as a bourbon, it needs to have been made within one of the 50 states. In Texas there are a number of different styles of whiskeys made, although bourbon is the most popular.

“The legal definition for a bourbon is that it needs to be made in America and the production cannot be outside of the country,” says Tony Gonzales, chief marketing officer/serjeant-at-arms at Treaty Oak Distilling in the state’s Hill Country region. “Bourbons have to use at least 51% corn, the secondary ingredient can vary and this is where distillers get creative in using barley, rye or wheat. Barley doesn’t grow very well in Texas, so here it’s mostly rye or wheat,” he adds.

The remaining grain, composition chosen by the distillery, affects the flavours of the whiskey, its colour, boldness and richness, allowing for individual producers to make whiskeys unique to its label; some even use 100% corn. Bourbons must also be aged in new American charred oak barrels, distilled to a maximum of 80% abv, and enter the barrel at no more than 62.5% abv.

Texas also produces some fine single malt whiskey and Balcones Distilling in the heart of Waco is one of the leaders in this category (it refers to its products as ‘whisky’ without the ‘e’). While Balcones also produces bourbons and rye whiskeys, it was one of the founding members of the American Single Malt Whiskey Commission (ASMWC) in 2016. Like Scotch whisky, American Single Malt must be made from 100% malted barley. It must also be entirely distilled at one distillery.

How is Texas whiskey made? 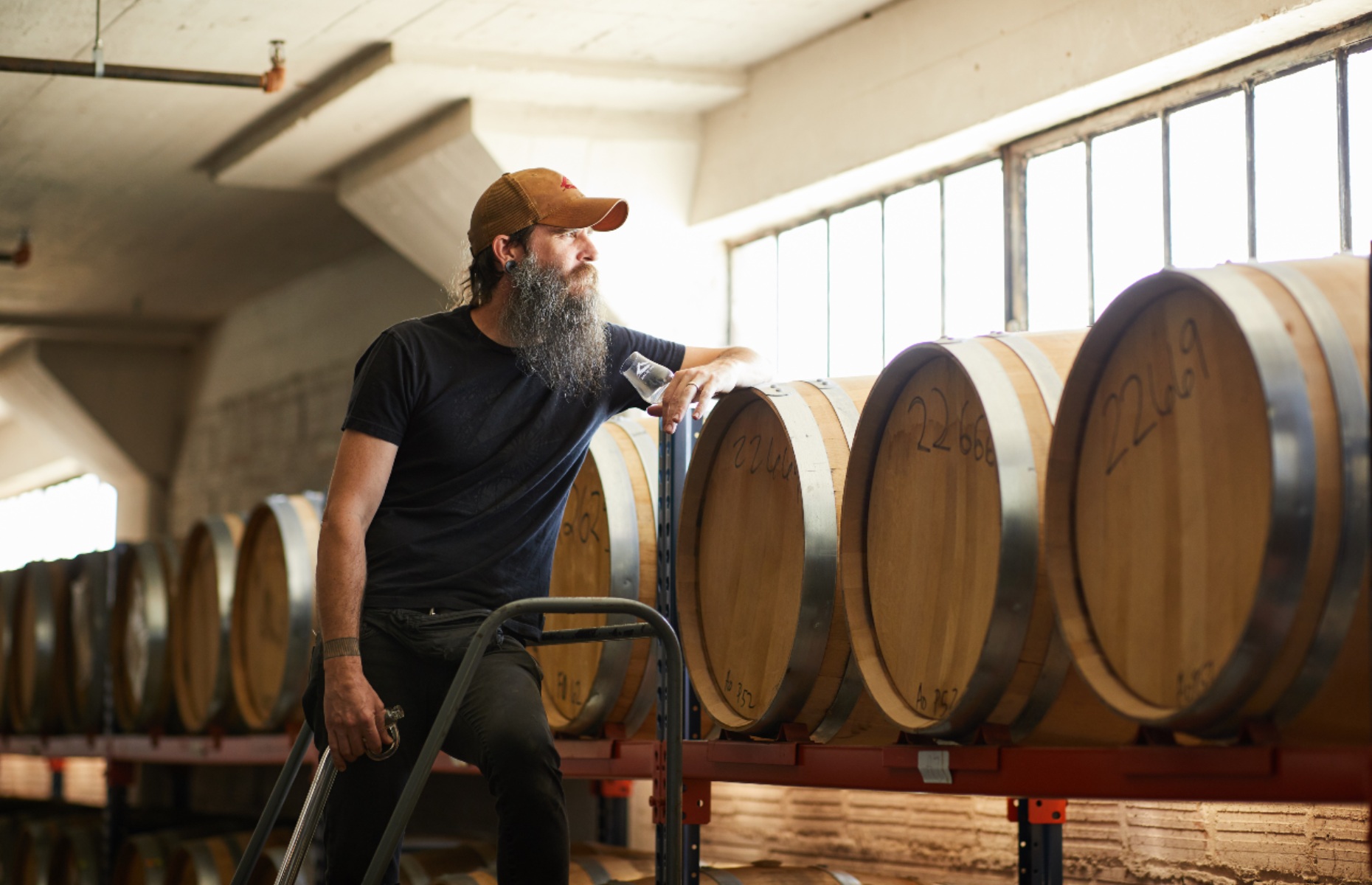 Many Texas whiskey producers put a unique spin on drams, creating profiles reflective of the Lone Star State, but there are a set of steps they must follow.

Mashing
The ground mash of the primary (often locally-sourced) mix of grains is cooked in water and then yeast is added to convert starches to sugars.

Fermenting
The sugar turns the mash into alcohol when it's transferred into fermentation tanks. At the end of the fermentation process, which takes three to four days, the liquid that remains is considered ‘distiller’s beer’, which is between 14-16% alcohol by volume. 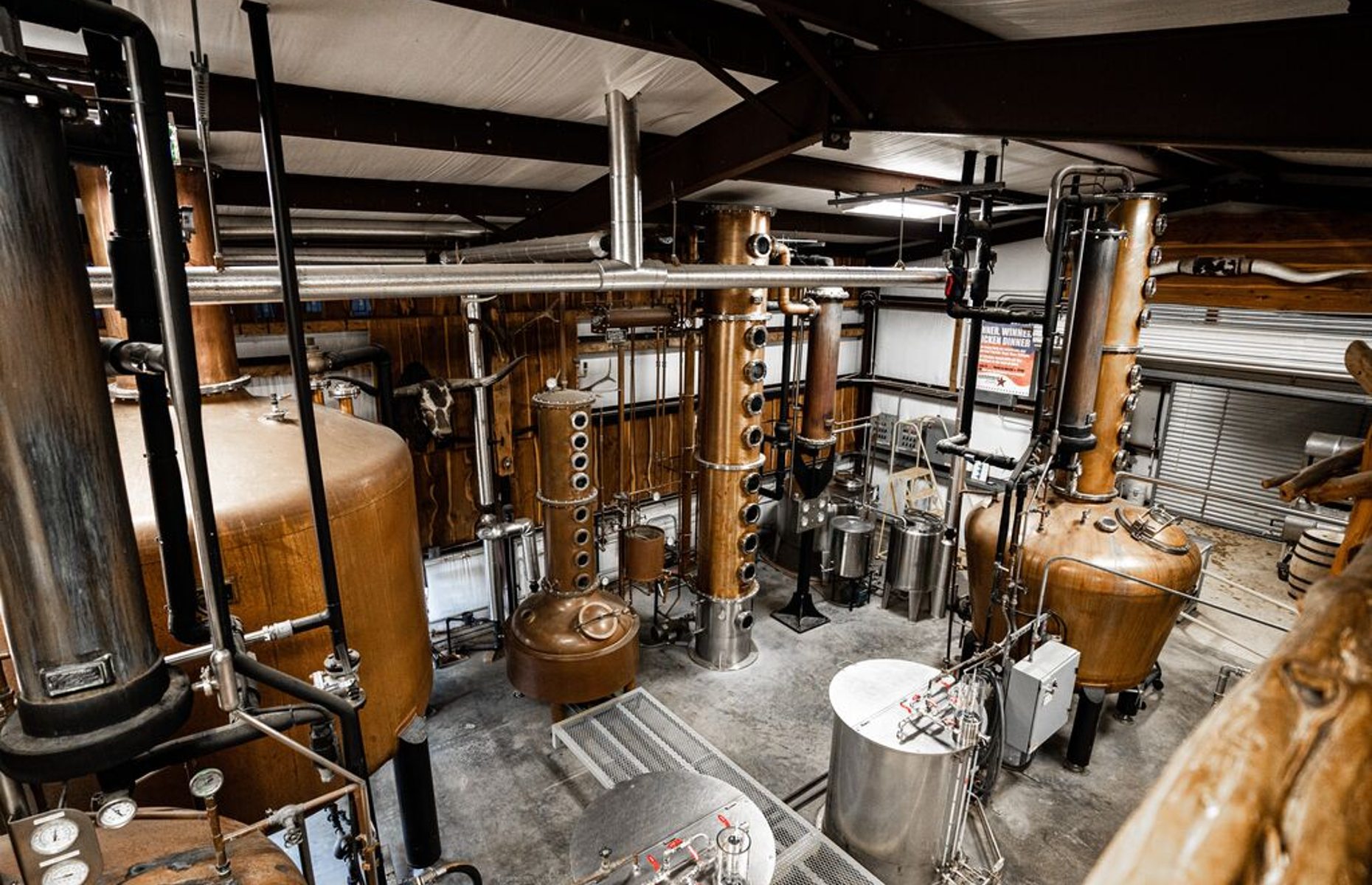 This is where it gets exciting. The distiller’s beer is now placed in a still. Pot still whiskeys, especially bourbons, are rare, as most bourbon whiskey producers in America use column stills. The flavours naturally vary as spirits distilled in a pot still (malt) tend to be rounded and robust, whereas those distilled in column stills (grains) tend to have brighter, sharper notes. Compared with other states, the whiskeys in Texas made using column stills have a richer profile – like vanilla icing but with a deep hint of dark chocolate and caramel – despite being younger, because of the drastic weather changes.

Some distilleries such as Andalusia Whiskey Co. use pot stills for their peated single malt whiskeys. Unlike Scotland where the peat is burned, here, malted barley is smoked in Texas barbecue tradition using mesquite, oak and applewood.

The alcohol is heated to the point where it turns to vapour, which rises up in the still chamber and then goes to the condenser which is surrounded by cool water. This is where the vapour turns back into liquid.

It goes through a cold bath in a copper tube and what is collected is a clear liquid called ‘new make’ or ‘new whiskey’. The more familiar term for this in American whiskey is ‘white dog’ or moonshine. This is essentially an unaged whiskey that has not yet been placed in a barrel.

Heads: The first collection of the alcohol that often has a zesty, citrusy character.

Hearts: This is the most desirable part of the extraction. The ethanol here (where 'the heart' is collected) forms an integral part of the taste and quality of the whiskey.

Tails: The remaining portion of alcohol produced which often contains a higher percentage of water and lower level of alcohol, but distillers can also get some richer and heavier flavours from the tails as well. Both the heads and tails can be re-distilled to collect more alcohol.

How much of each is allowed to make up the whiskey is up to the distiller, who decides the character of the whiskey through smells and tastes. Ordinarily, whiskeys are distilled at 80% alcohol volume, and at a maximum proof of 160. 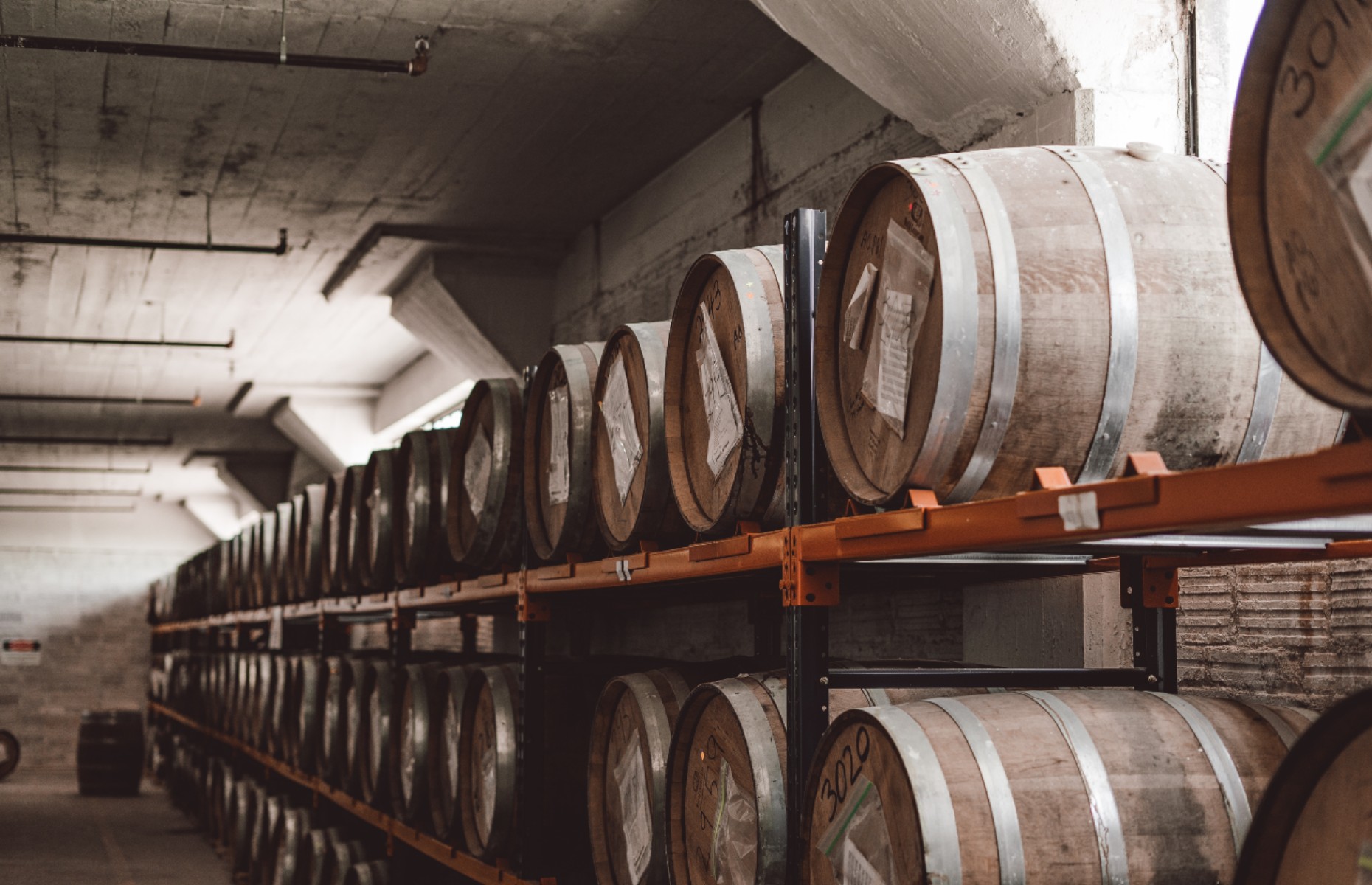 Once this ‘white dog’ has entered a barrel, it can be legally called bourbon. However, to be labelled a ‘straight bourbon’, it must be aged for at least two years. It’s important to note any bourbon aged less than three years cannot be called whiskey in the EU. Similarly, any single malt whiskey.

The barrels are charred before filling. This process contributes to the colour, richness and sweet flavour of the bourbon, and also produces a compound called vanillin that gives a distinctive vanilla flavour. The charring also acts as a filter to remove unwanted flavours and aromas.

Bottling
When the producers deem the whiskey to be ready, it can be bottled and labelled. Each label is also marked with a bottle number and a batch number. Any whiskey aged under four years must also have an age statement on the label. Some distilleries such as Yellow Rose Distillery in Houston bottle whiskeys by hand and Garrison Brothers Distillery is famous for having ardent fans who volunteer to bottle its whiskey. Volunteers must commit to two full days in learning this skill and will be rewarded with a bottle to take home as a token of gratitude.

Balcones Distilling went the extra mile to pay tribute to traditional approaches by grinding the grain down to a grit-like consistency and using mills and cookers dedicated solely to bourbon production. The result was a popular whiskey called the Balcones Blue Corn Bourbon, which is made from a 100% blue corn mash.

Where to drink Texas whiskey

Texas is a big state, which is nearly three times bigger than the UK. Here are some regional whiskey trails and top recommendations to get you started. 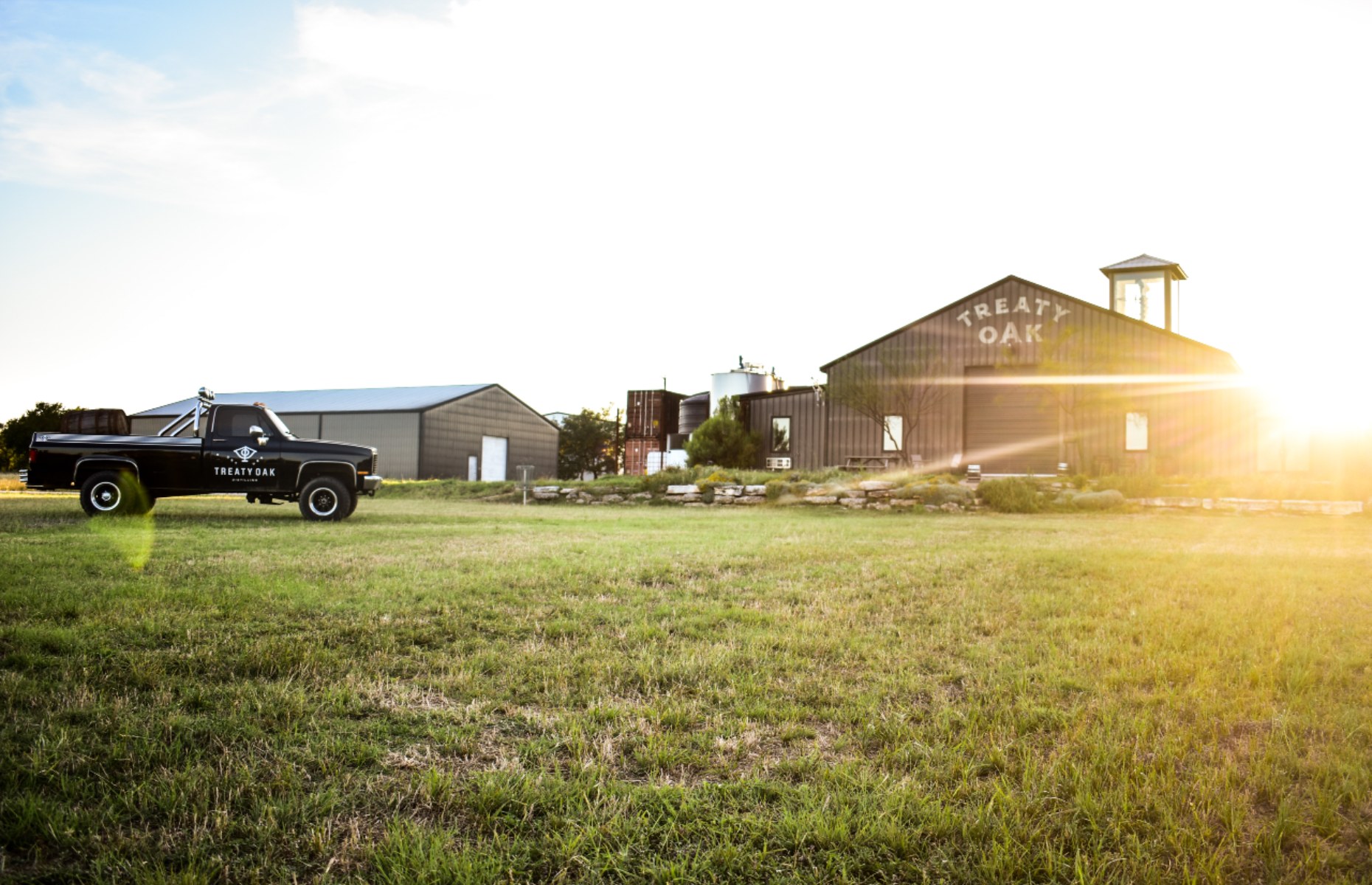 How to drink Texas whiskey

There are no definite rules to drinking Texas whiskey. You can sip it neat or open up the flavours with a few drops of water. On a blistering summer’s day, pour into a rocks glass over a large cube of ice. Here are our recommendations of bottles to try.

Balcones Distilling Baby Blue 46% ABV £41.75
The Baby Blue could well be Balcones Distilling’s magnum opus despite stiff competition in popularity with its other award-winning whiskies. Crafted from heirloom blue corn, it is buttery, oily and rounded on the palate with a spiced, sweet finish.

Garrison Brothers Single Barrel 47% ABV £97.55
One of the early connoisseurs in Texas whiskey production, particularly bourbon. Spice notes from cinnamon and star anise tempt the tastebuds, with some toffee and chocolate notes in there too. 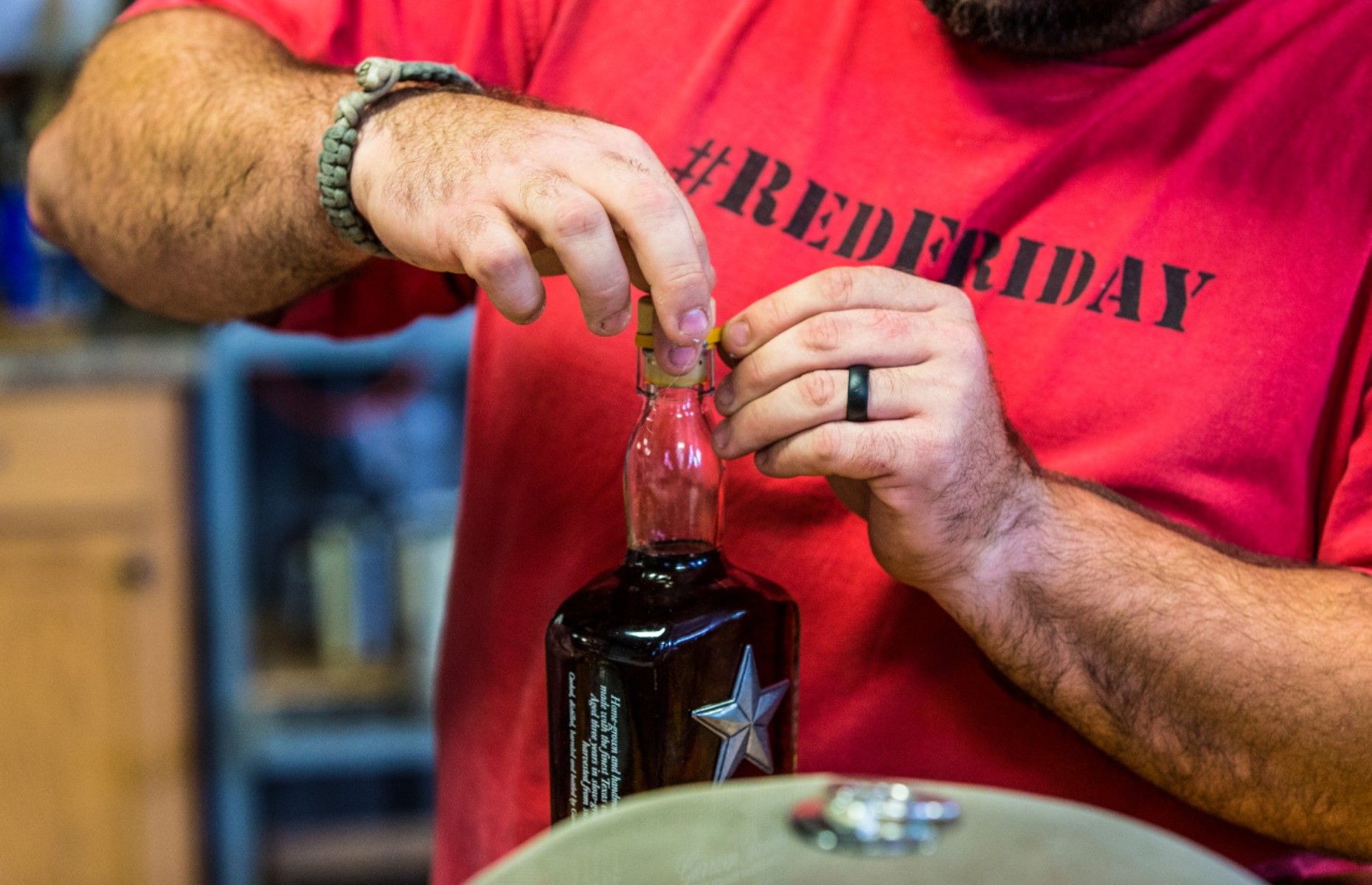 Treaty Oak Ghost Hill Texas Bourbon 47.5% ABV £32.48
Taking pride in sourcing non-GMO certified ingredients from its 28-acre ranch in Dripping Springs, near Austin, this bourbon’s secondary ingredient is wheat. It's woody on the nose, but there's also a creaminess that's a welcoming contrast to the robust, underlying sweetness.

Ironroot Republic Esoteric 48.5% ABV £27
The family-owned distillery has strong French influences, particularly in brandy-making techniques with a strong attention to detail in the ageing process. The Esoteric is an interesting blend of half corn, half bourbon whiskey. 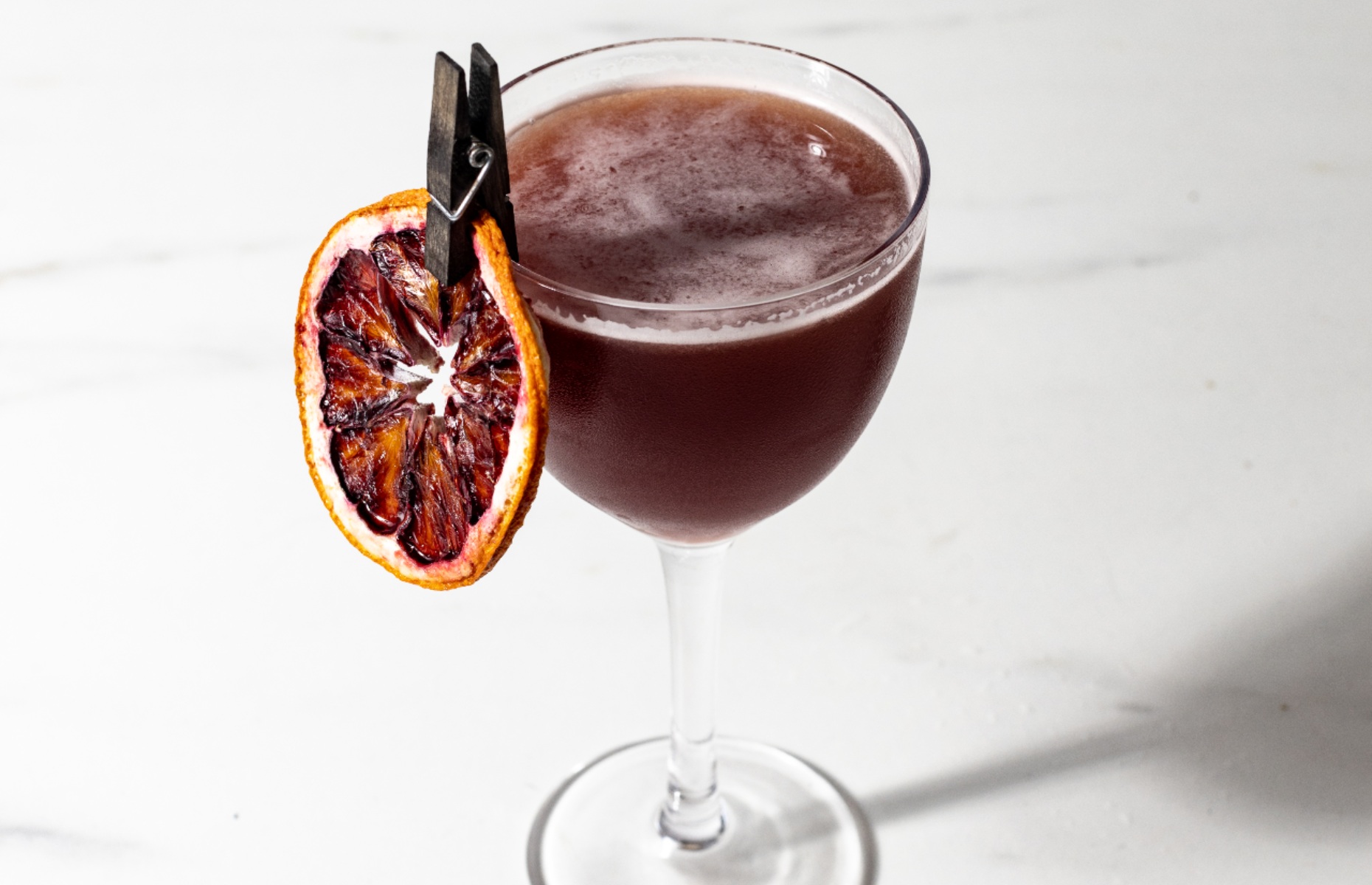 This cocktail is a whiskey version of the tequila sunrise, but with the vibrant colours of a glorious Texan sunset in a glass. It's a zesty combination of blood orange and warming bourbon.

Combine all the ingredients in a cocktail shaker and hard shake. Double strain into a Nick and Nora glass (a small stemmed glass that's somewhere between a martini and coupe glass) and garnish with either a fresh or dehydrated blood orange wheel.