Creative Photo Corner/Featureflash Photo Agency/Shutterstock
You’d think that in their privileged position members of royalty might choose caviar and Champagne as their preferred foods every time but the truth is more unexpected….

Nataliya Arzamasova/Shutterstock/Portrait in public domain
Henry VIII’s legendary wife, Anne Boleyn, who the king had beheaded in 1536, was fond of fruit, especially damsons, pears, plums and strawberries. It’s also been suggested by baker Dean Martin, who runs Newen’s Tea House in Kew, England, that the couple shared a liking for maid of honour tarts (English custard tarts that are best served warm), as Anne was supposedly eating one when she first met the king.

David W Hughes/AnjelikaGr/Shutterstock
The Prince of Wales is renowned for his love of organic and sustainable produce. He eats game, fish and homegrown fruit and vegetables from the royal estates but avoids courgettes and garlic (to avoid embarrassment at public engagements). Charles is also known to enjoy a whisky or two.

Camilla, the Duchess of Cornwall 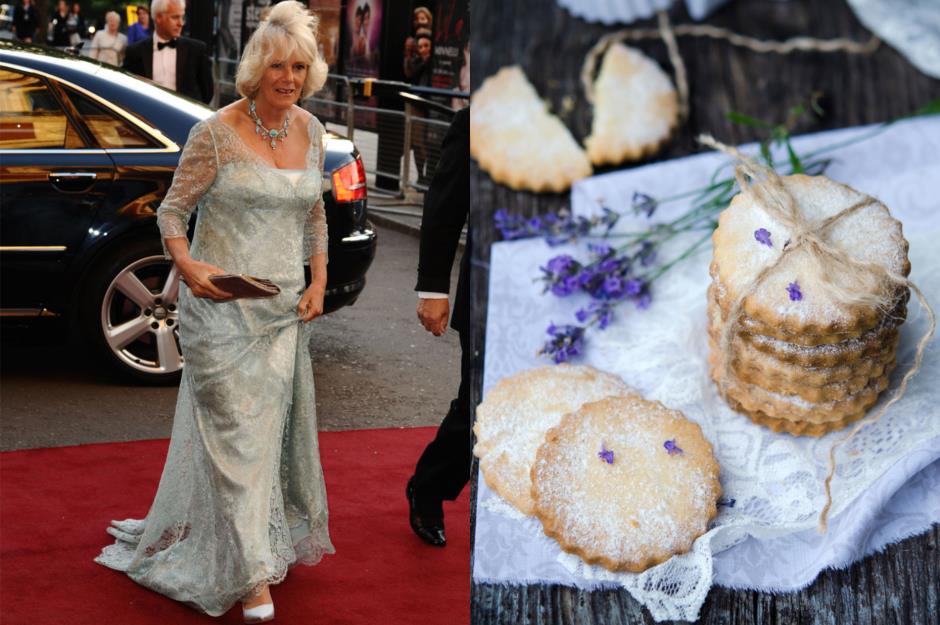 Featureflash Photo Agency/Ulyana Khorunzha/Shutterstock
Camilla’s son, restaurant critic Tom Parker-Bowles, says that his mother is “a good cook, but it wasn’t about haute cuisine for her [but] simple food using fresh ingredients, often from our garden.” It’s the same for Camilla today, according to Darren Blunden, executive chef at Dumfries House. The royal couple prefer classic English food and locally-sourced meat. Camilla’s idea of a treat is lavender shortbread as well as violet creams, but she doesn’t like (bell) peppers.

Georgios Kollidas/Lesya Dolyuk/Shutterstock
The 18th-century Russian queen liked sturgeon and champagne soup, a very expensive dish that is representative of the unrestrained life she led at court. 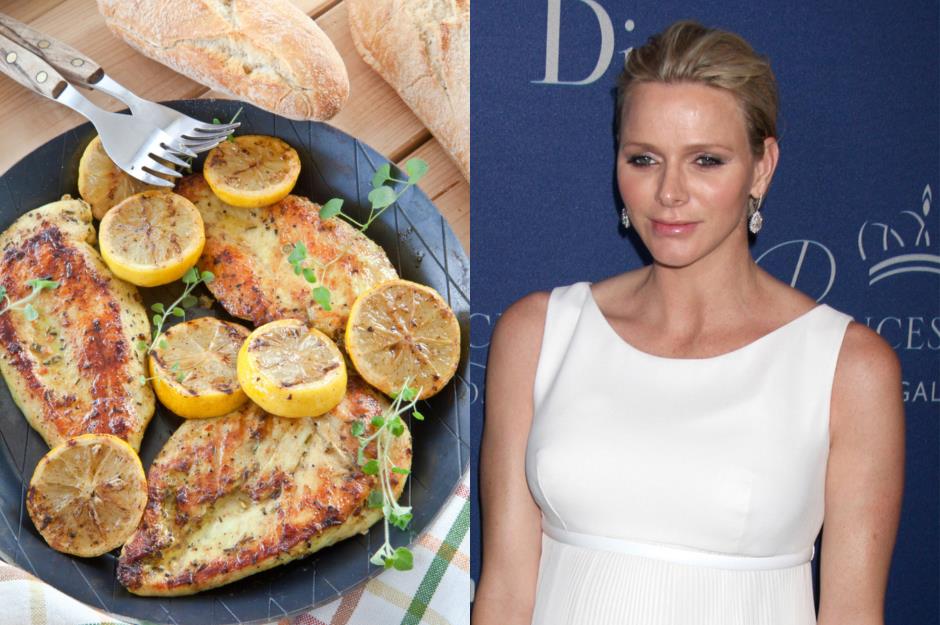 Nick Parfjonov-Creative Commons/zkruger-Shutterstock
Although Diana was known for being healthy – avoiding carbs and red meat and sticking to poached chicken and stuffed (bell) peppers – her personal chef Darren McGrady wrote that she had a sweet tooth. The much-loved princess loved a popular British dessert called bread and butter pudding and was also partial to crème brûlée. 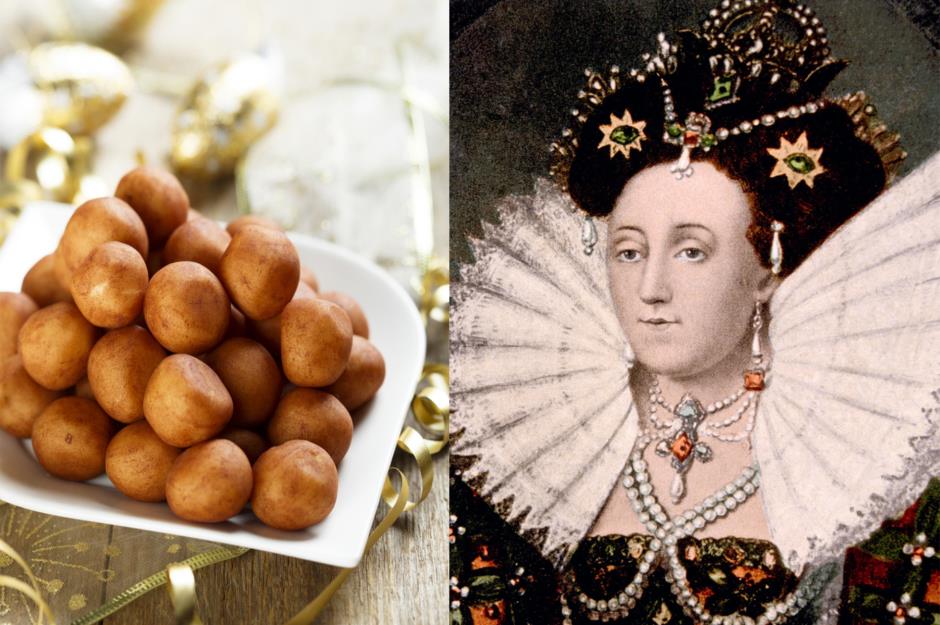 marysckin/Everett Historical/Shutterstock
Henry VIII’s daughter, Queen Elizabeth I of England, was a sucker for sugar, which in Tudor times was the preserve of the very rich. The Virgin Queen favored a kind of marzipan called marchpane and dried fruits known as suckets, but her teeth suffered as a result, becoming black and rotten in her older years.

Atlaspix/etorres/Shutterstock
The present Queen Elizabeth is quite the chocoholic – chocolate mousse and chocolate biscuit cake in particular – and afternoon tea with Earl Grey tea is often taken. Ma’am is famously thrifty – she does not condone food waste and eats leftovers. While she prefers to eat produce from royal estates, fish (especially sole and poached salmon) and sausages are favorites. Although mineral water is her drink of choice these days, the Queen still sups Dubonnet and gin cocktails with a slice of lemon.

Hans Peters-Anefo-Creative Commons/Africa Studio
The stunning American who lived the dream by marrying Prince Rainier III of Monaco ate carefully when she was a Hollywood star, snacking on carrot and celery sticks and dried apricots and avoiding dessert. She was an early advocate of wholemeal bread and rice and was aware of “the importance of having a well-balanced meal” but was equally at home eating peanut butter sandwiches as she was dining at the sumptuous Café de Paris in London’s Piccadilly Circus – her favorite restaurant.

Everett Collection/MShev/Shutterstock
When the prince was a young boy he and his older brother William were fans of comforting puddings. They loved jam roly-poly – a hearty jelly and sponge dessert – and summer pudding, a dish of berries set in a bread mold. 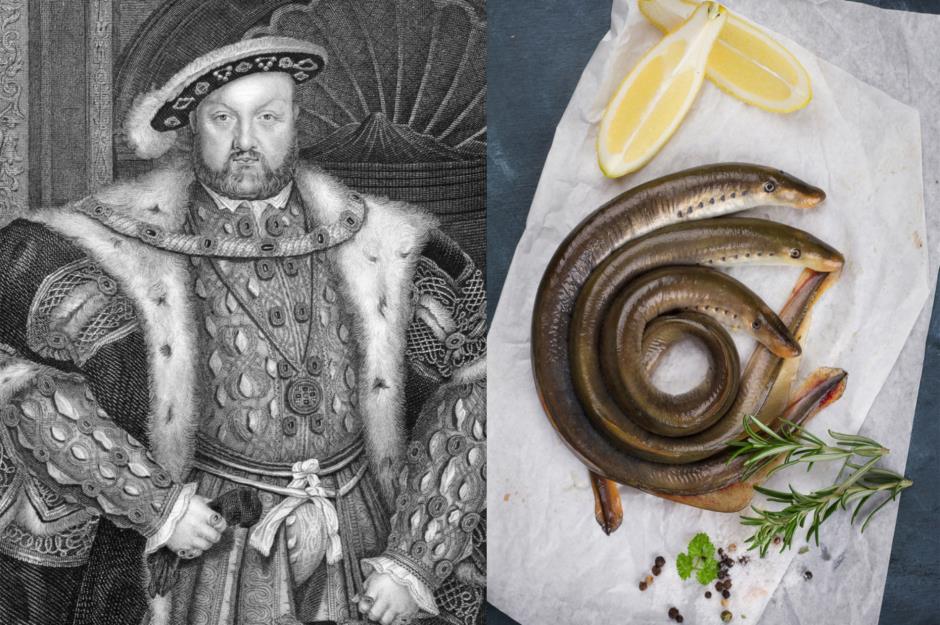 Georgios Kollidas/Wiktory/Shutterstock
The famous Tudor King of England had a notorious appetite. Royal feasts of the day were lavish and heavy on the meat and Henry certainly ate his fill. But, according to food writer Bee Wilson, the six-times-married king loved fruit, especially apricots, quince marmalade and orange pies, and vegetables such as artichokes. He also had a penchant for baked lampreys (a type of fish) and cream of almonds. 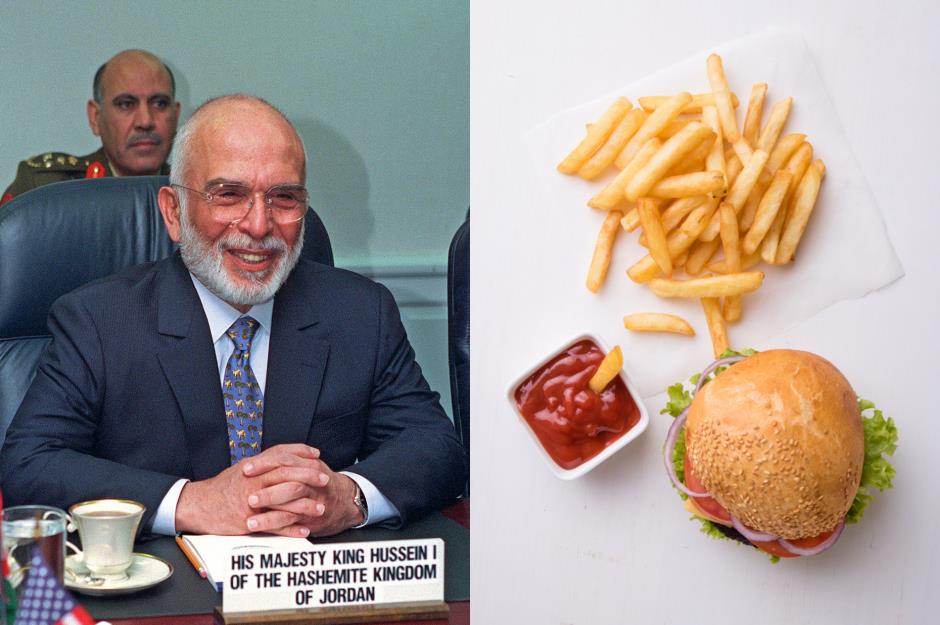 Helene C. Stikkel-Creative Commons/Felix Furo-Shutterstock
Hussein bin Talal, who was King of Jordan from 1952 until his death in 1999, was partial to a hamburger and French fries, according to a 1985 article featured in United Press International (UPI). His American-born fourth wife and widow, Queen Noor, prefers more natural food and is known to eat very little meat. 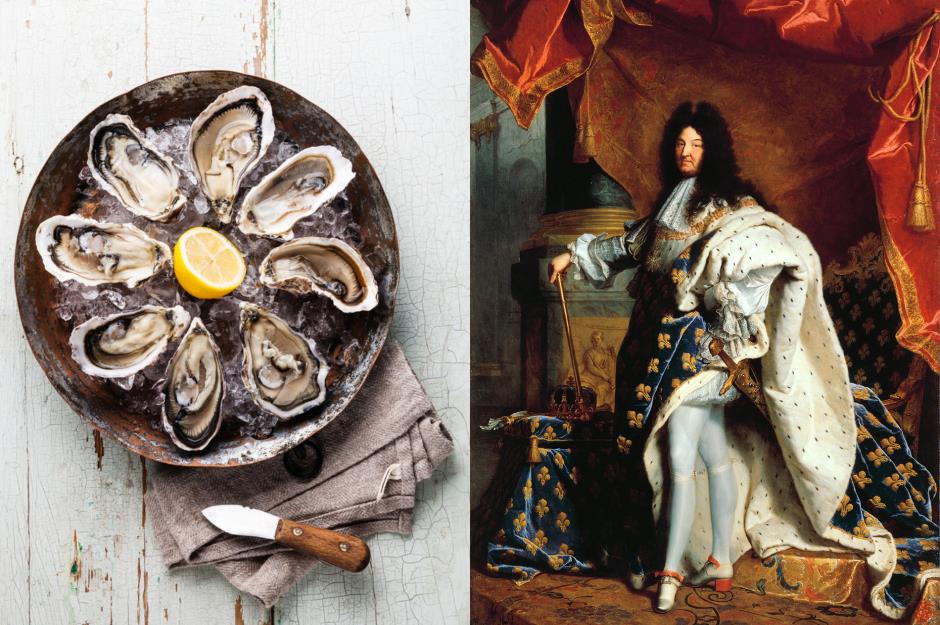 Lisovskaya Natalia-Shutterstock/Portrait in public domain
The Sun King responsible for the Palace of Versailles lived an extravagant life and had a voracious appetite – his second wife Mme Maintenon is reported to have said that if she consumed half as much in one meal as her husband she’d be dead in a week. He was partial to oysters and citrus fruit, judging by the size of his orange tree grove, and enjoyed his food highly spiced – much to the consternation of courtiers with more delicate stomachs.

Portrait in public domain/Official-Shutterstock
It’s ironic, given the last Queen of France’s reputation for indulgence, that Marie Antoinette had simple culinary tastes, though she loved hot chocolate. In private she opted for simple Austrian bread that reminded her of home, broths, boiled poultry, pure water and lemonade and she didn’t drink copiously, preferring the very opposite of the sumptuous cuisine on offer at court. 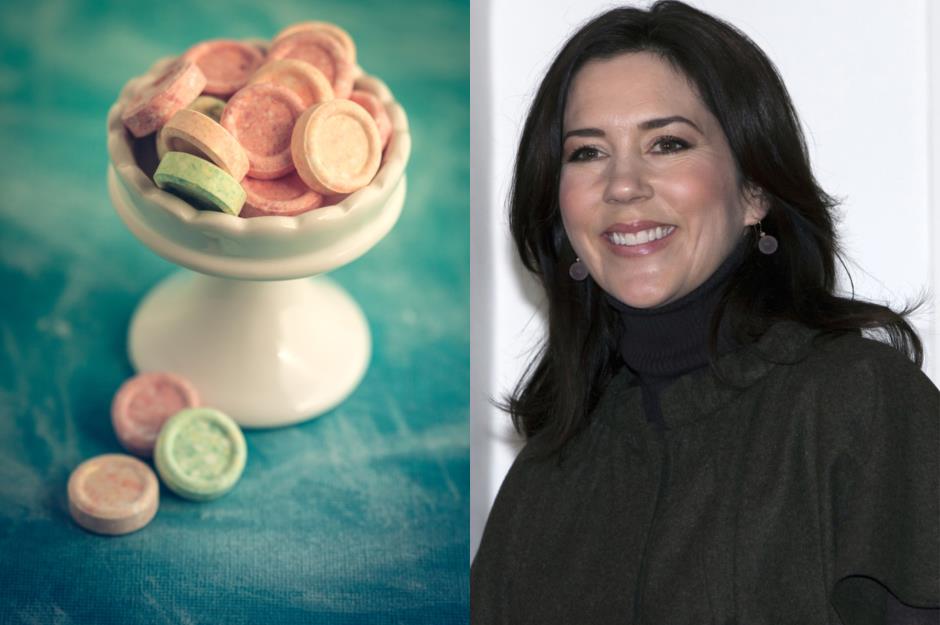 egilshay/Helle/Shutterstock
The popular Australian commoner, who married a Danish prince after meeting him in a Sydney pub, is famed for her style and poise. In a 2005 interview she admitted to missing Fruit Tingles, a multi-fruit-flavored candy from her home country. Her daily diet is reported to be very healthy, and her favorite snacks include almonds, fruit and dark chocolate.

Queen Máxima of the Netherlands

Lakeland/Jeroen van der Meyde via Creative Commons
The Argentinian-born Dutch queen is rumored to have a sweet tooth, and to enjoy chocolate mousse and dulce de leche. 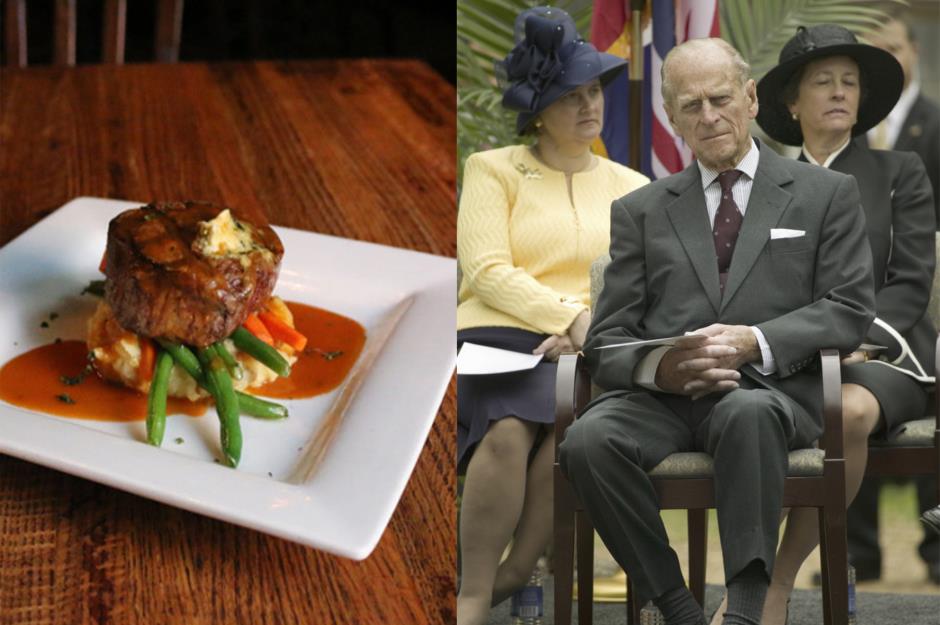 McGurk's.com/Joseph Sohm-Shutterstock
Rumor has it that the Queen’s Consort is a bit of a foodie, and although Buckingham Palace hasn’t disclosed his preferred dishes, royal chef Darren McGrady states that one of the Duke of Edinburgh’s favorite dishes is Gaelic steaks (McGrady includes a touch of umami-rich Marmite) and, according to other sources, steak Diane. Now in his 90s, the prince is said to be on a low-carb diet though he still enjoys a drink.

Ovidiu Hrubaru/Ildi Papp/Shutterstock
The charming and progressive queen consort of Jordan follows a macrobiotic diet and is an advocate of healthy living. She’s known to have a fondness for couscous, almonds, walnuts, Mediterranean cuisine and her treat of choice is dark chocolate. 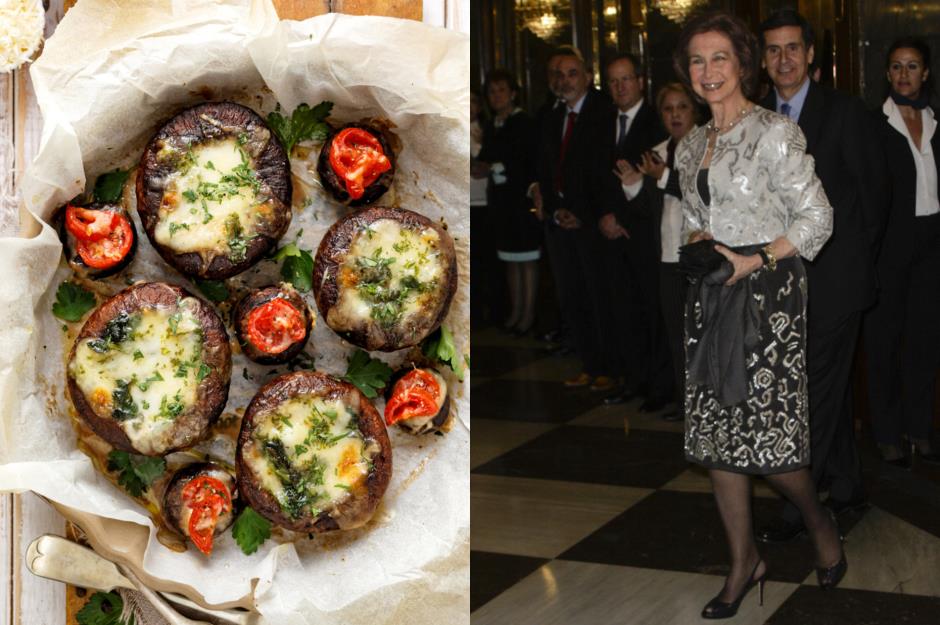 zi3000/Shelly Wall/Shutterstock
Although meat makes up a large part of the Spanish diet the Greek-born wife and queen consort of King Juan Carlos I doesn’t eat meat and hasn’t since the 1960s. It’s thought that Queen Sofia eats fish, however, which technically makes her a pescatarian rather than a vegetarian.

Featureflash Photo Agency/Anna Shepulova/Shutterstock
William and his wife Kate have a penchant for popcorn – both have been seen eating it at events – but it’s lasagna and roast chicken that the future King of England has a soft spot for. He’s not keen on anything too spicy though, unlike his wife. 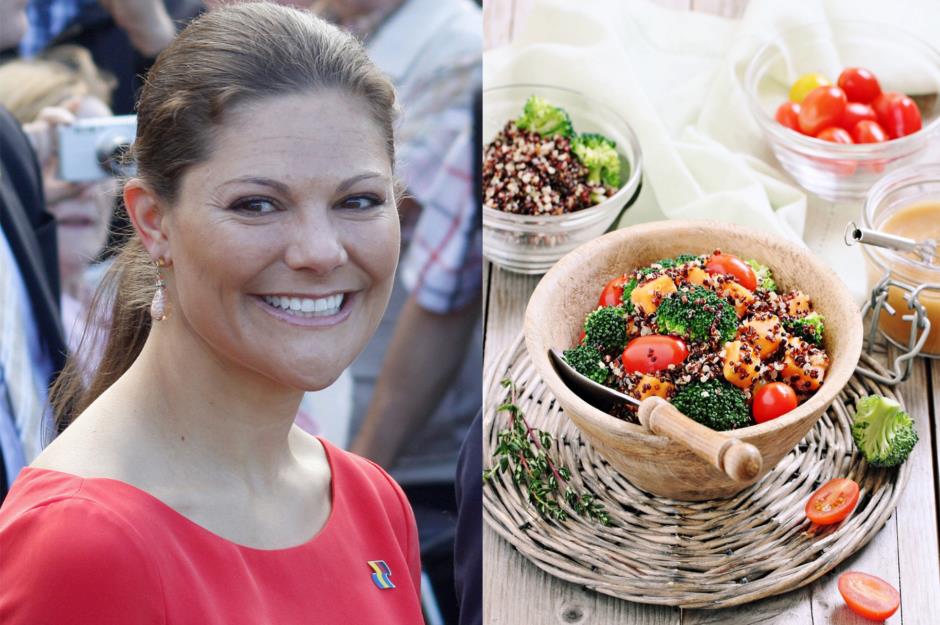 360b/Losangela/Shutterstock
Princess Victoria is the female heir to the Swedish throne after a change to the Act of Succession law was passed in her country in 1980. Although in 1996, it was reported that the princess was suffering from the eating disorder anorexia she has since recovered and has a passion for healthy eating.

Everett Historical/ffolas/Shutterstock
Britain's queen from 1837-1901 was known to love food and ate quickly. The nation's longest-reigning monarch would have eaten four meals a day – breakfast, lunch, tea and supper – and consumed a meat-heavy diet, which was common amongst the wealthy in the Victorian age. Victoria was partial to Victoria sponge cake, chocolate and ice cream and her tipple of choice was a glass of claret topped up with whisky.

Jason Batterham/Mitch Gunn/Shutterstock
Not much is known about Princess Anne’s eating habits – she is seen to show restraint like many royals who dine out regularly. The princess does, however, have a fondness of kippers judging by a complimentary letter she sent to Fortune Kippers, a 140-year-old company based in Whitby, Yorkshire, England. 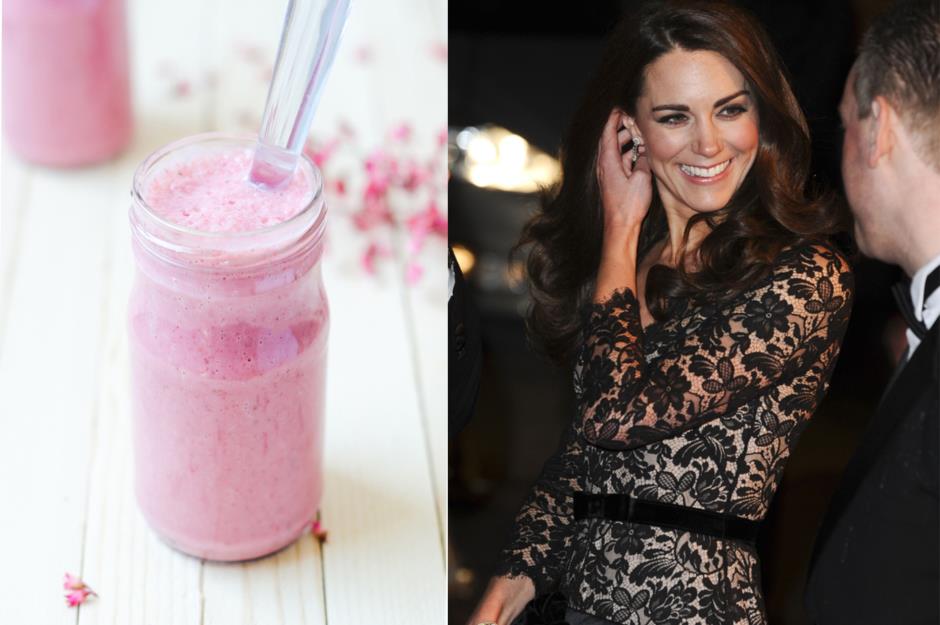 Creative Photo Corner/Featureflash Photo Agency/Shutterstock
Kate Middleton, or Catherine, Duchess of Cambridge as she is now known, is a very healthy eater, though she has a weakness for Indian and spicy food. She’s also disciplined, forgoing sweet treats for healthy berry smoothies, and is handy in the kitchen – she cooks for her family, is known to make her own jam and preserves and word has it she owns a sausage maker.